Early in the piece, Stephen House's expatriate drifter latches on to a passing comment; a pedestrian observes that he seems to have an admirer. He's talking about a woman who wheedled the troubled homeless man from an altercation that was turning violent. It's an offhand remark, but for House's character it becomes a focus for hope among the dissipated inhumanity of his daily life among the Parisian underclass. The two days following are full of confusion, exaltation and disappointment as he interprets his relationships and experiences in the light of it. 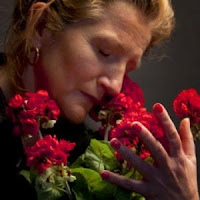 By Ben Walter
HyPe; Sidespace Gallery
6.30pm Tuesday 22nd May
The Sidespace Gallery proves a surprisingly cosy venue for two theatrical performances developed through the HyPe initiative, a program facilitated by the Salamanca Arts Centre for the development of theatre with experimental and cross-disciplinary tendencies.
Bijou's Secret, written and performed by Fiona Stewart, is an arresting one-hander exploring lost intimacies between three generations of women - an immigrant French woman, Bijou, her alcoholic, academic daughter and artistic granddaughter. Stewart is a compelling performer, confidently inhabiting the three roles and switching between them with ease; a slight adjustment of the hair serving as sufficient cue.